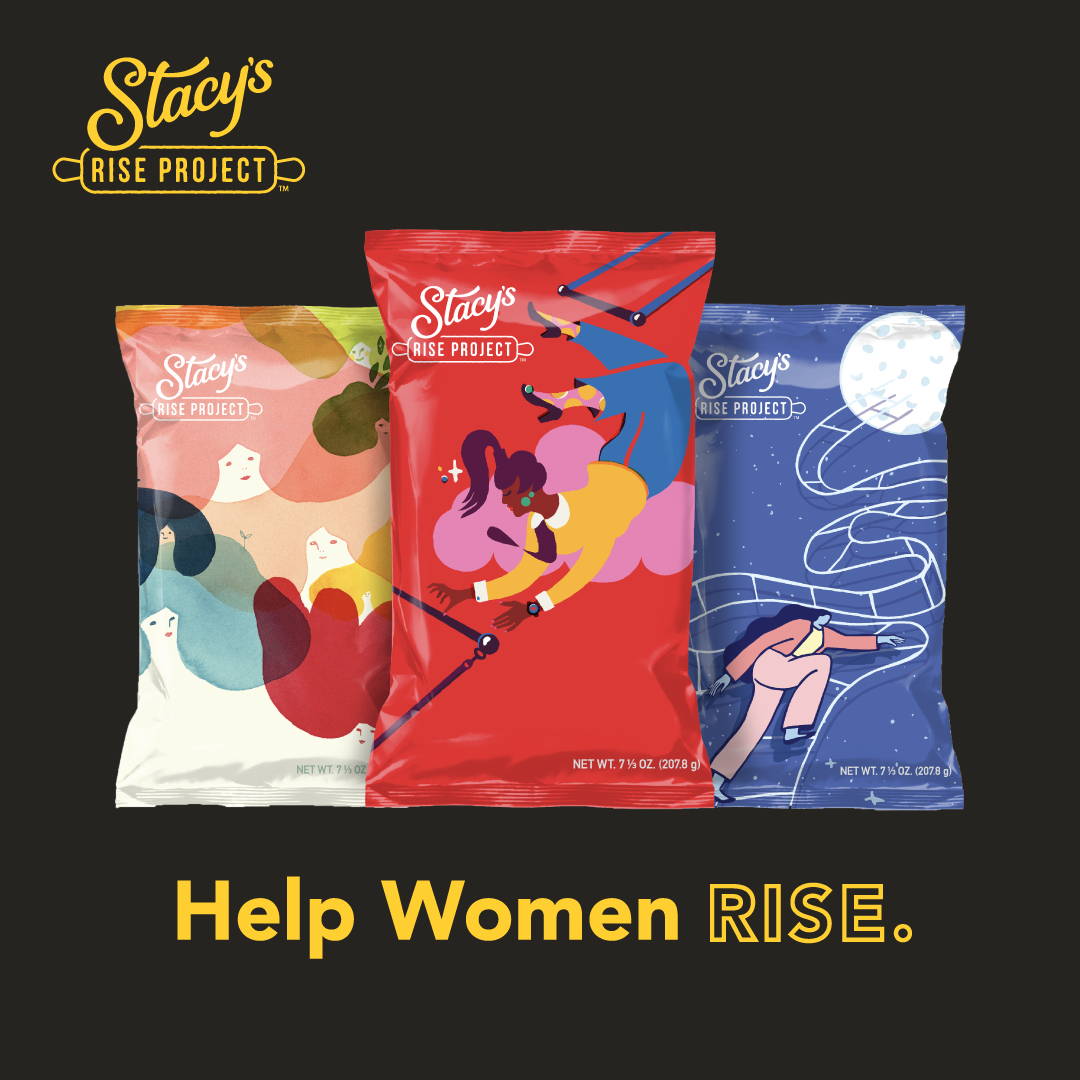 In the spirit of Stacy’s Pita Chips founder Stacy Madison, Frito-Lay will mark the fifth annual Women’s Entrepreneurship Day next month by awarding $100,000 to a female entrepreneur in the food and beverage industry.

This move will be accompanied by a campaign for Stacy’s Pita Chips titled “Time To Rise” that makes a connection between the time and care put into each chip -- some 14 hours of baking --with the resilience and tenacity of women determined to fulfill their own potential.

“Time To Rise” features seven short videos that are running on digital and social media. One video explains why “The right way is harder. But so is everything else worth doing.”

Another talks about creating strong female bonds: “Have friends you can depend on -- and chips that are flaky.”

Beginning this May, more than 400 businesswomen entered the inaugural business incubator/mentorship program called Stacy’s Rise Project to become eligible for the $100,000 grand prize that will be awarded on Nov. 19 by author/food expert Padma Lakshmi at the United Nations.

The finalists each received a $20,000 grant and a three-month mentorship to help them advance their business plans and prepare for the $100,000 grand prize drawing.

Stacy Madison and partner Mark Andrus invested $5,000 in a food cart business in Boston in 1997 and progressed to selling their bagged pita chips wholesale, reaching some $50 million in annual revenue before Frito-Lay acquired the company in 2005.

Asked how Frito-Lay will gauge the effectiveness of “Time To Rise,” which does not have a specific call to action, Jessica Spaulding, senior marketing director North America, says it’s about building affinity for the Stacy’s brand, particularly among women.

“For these elements of the campaign, we measure effectiveness by closely watching social media following and engagement, as well as brand awareness metrics -- all of which continue to increase as Stacy’s embraces [Frito-Lay’s] role in connecting and empowering women,” Spaulding says.

Video director and cinematographer Ramaa Mosely is a longtime advocate for women’s rights who co-founded the nonprofit Educate Girls Now to help schoolgirls in Afghanistan and started the media company Adolescent Content to help teen girls and LGBTQ-identifying directors get their first work in film and TV. Campaign creative was handled by David&Goliath.

Other Frito-Lay brands that support charitable causes include Imagine snacks, which recently announced a multiyear partnership with No Kid Hungry to help fuel “the free thinkers of tomorrow”; Frito-Lay Variety Packs, which partnered with Feed the Children on its Snackable Notes program to provide two million meals to families in need; and Lay’s, which for the second consecutive year donated $1 million to Operation Smile through its “Smiles” campaign and limited-edition packaging.